As if a single day could lay claim to a transition so elusive, the vernal equinox traditionally marks the first day of spring. By any other measure, spring has been here for a while. I first sensed it on a morning in late February, long before there was any real warmth to the sun and still weeks until the first lambs would appear in the valley fields or frogspawn fill the ruts in the flooded moorland tracks. Within minutes the spring was banished again, washed away in the sleet showers, not to return for another week.

They say that on the equinox it is possible to balance an egg on its point—a seductive kind of nonsense that seems somehow appropriate at this time of year. My parents told me they went out walking yesterday and disturbed a fox out of a tree, the startled animal crashing incongruously out of the branches overhead.

Foxes may climb trees, or an egg balance on its point at other times. Even so, I’m amused and fascinated by the idea that for a brief moment, on that celestial balance point between the dark and light half of the year, there may almost be a place for the whimsical, outlandish or just plain daft. 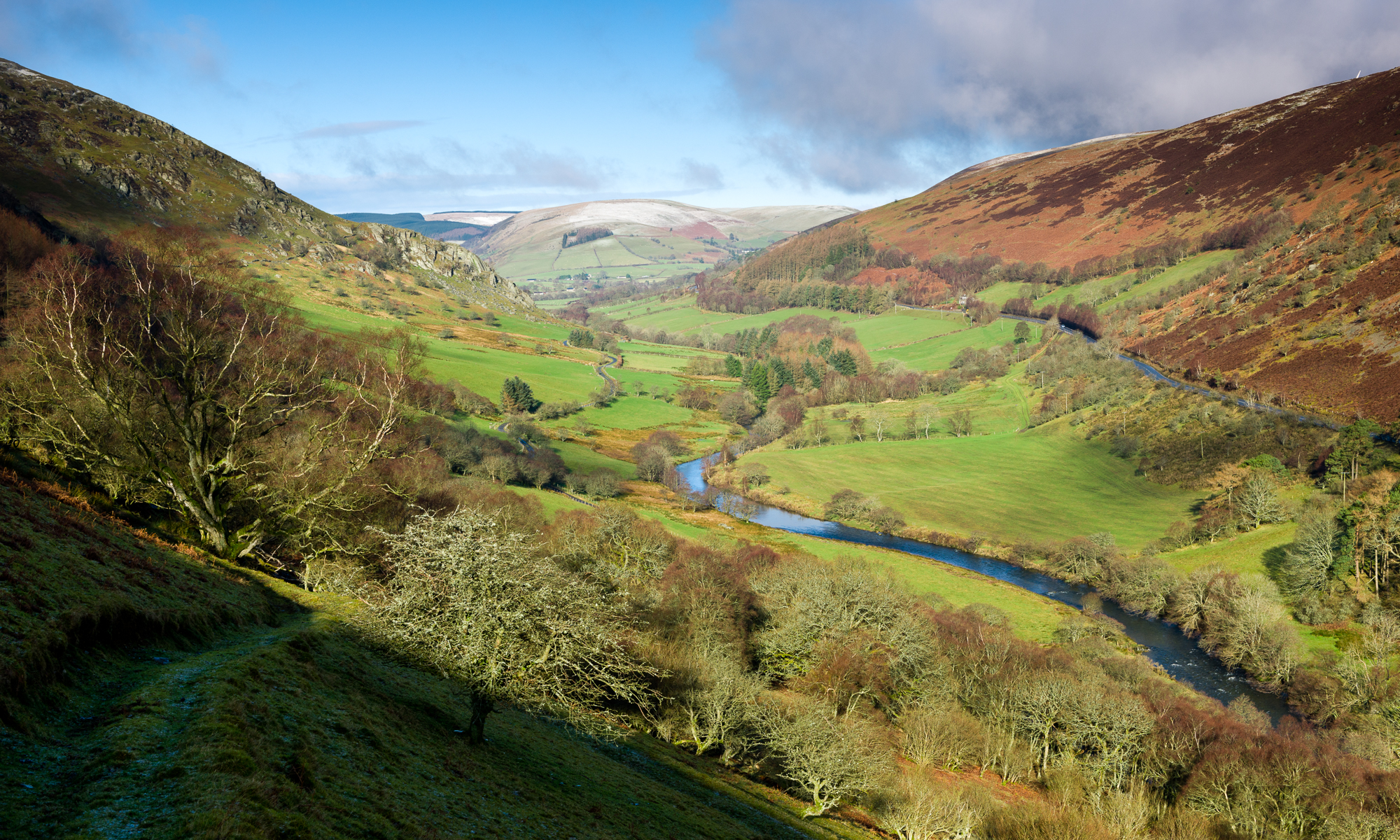 I’ve been watching the debate in the US over the heavy-handed and inappropriate Stop Online Piracy Act, and fully support the actions taken yesterday by Wikipedia and others. Even allowing for what seems to be a certain amount of unsubstantiated rhetoric, the potential consequences of the Act on freedom of speech are alarming, to say the least.

It is, of course, the likes of Hollywood and the music industry who stand to gain from this. The losers will be the rest of us – individuals who create and share content online. SOPA and PIPA are a disproportionate response to the problem of illegal file sharing, their ramifications are far-reaching and they’re likely to be just the beginning. But the truth is that this isn’t a totally one-sided issue. The Bills would never have gained the traction they did if it weren’t for the all-too-common mindset that intellectual property – the result of other people’s hard work – should simply be given away for free.

I spend a lot of time and money creating my images and I hate them being taken and used without permission. But the fact is that as soon as you put them online there is no way to stop this happening. There are ways to make it a little more difficult but nothing will prevent anyone with a bit of technical knowledge and time on their hands. In fact, if you research the subject in any depth you will, like others, quickly come to the conclusion that if you’re that concerned about people stealing your images it’s best not to put them on the web at all. How depressing.

Is this really how we want the web to be? A lawless place where everything is up for grabs and theft is viewed as simply unavoidable?

SOPA is a classic case of the end not justifying the means, but, let’s be honest here, the widespread disregard for intellectual property is partly to blame. Copyright exists for a reason but there seems to be no shortage of people who think that Adobe owes them a free copy of Photoshop, or that hard drives filled with pirated music and films are somehow okay. The last thing we need are tighter controls and more restrictions on the way we live our lives and it dismays me to think that people are playing right into their hands. Rant over.

If you are a British citizen or UK resident you can sign this petition:

An unfortunate incident over the summer spelled the end for my iPhone, and with it a communication route that for the past few years I had pretty much taken for granted. For the first few days, managing without it felt like the metaphorical losing a limb, but sitting in the pub a couple of evenings later it started to feel as if a subtle source of stress had been taken out of my life; a liberating feeling of being able to interact with the world on my terms for a change. To cut a long story short, I have now also closed down my Facebook account, which had come to represent a constant source of distraction and a growing intrusion of the commercial world into my private life. There is little else to be said about this really, other than that the novelty had long since worn off and I no longer found it a pleasant place to be. Breaking my phone turned out to be the push I needed.

The reaction amongst friends was mixed. Some were puzzled, some offered encouragement and said they were doing the same, others called it “suicide”, but it was never my life.

For my generation, social networks and permanently available internet connections have become such a part of the way we interact that it seems strange to think back to life without them. However, for the past few years I have been making a conscious effort to simplify my life in a number of ways. The constant bombardment of information, much of it of little relevance, is something I don’t need. This isn’t to say that I’m getting rid of these things entirely but we all have busy lives and, more than ever, I feel that we need to make conscious decisions as to how we choose to spend our time.

Outside and everything is changing. The nights are drawing in, the leafy lanes of a few weeks ago now crunch with hazelnuts and the owls are out by the time I finish my evening run. Sometimes it’s important to simply switch off and live in the moment. 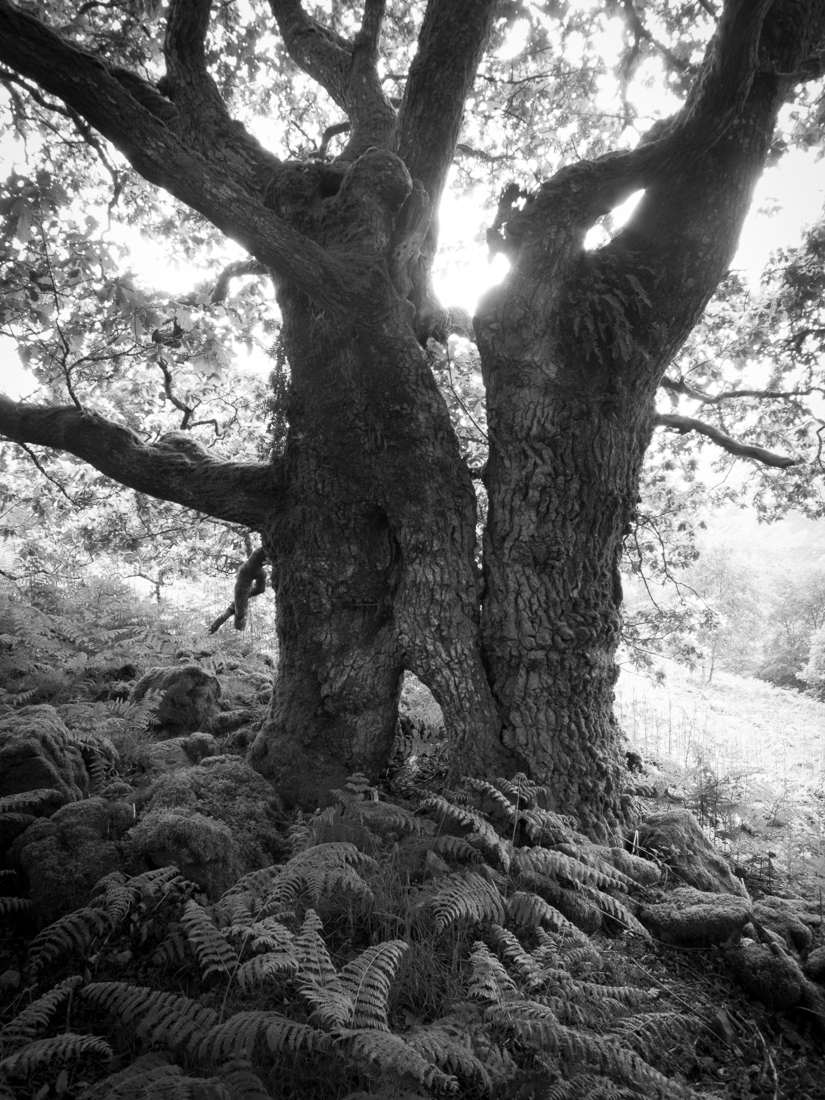 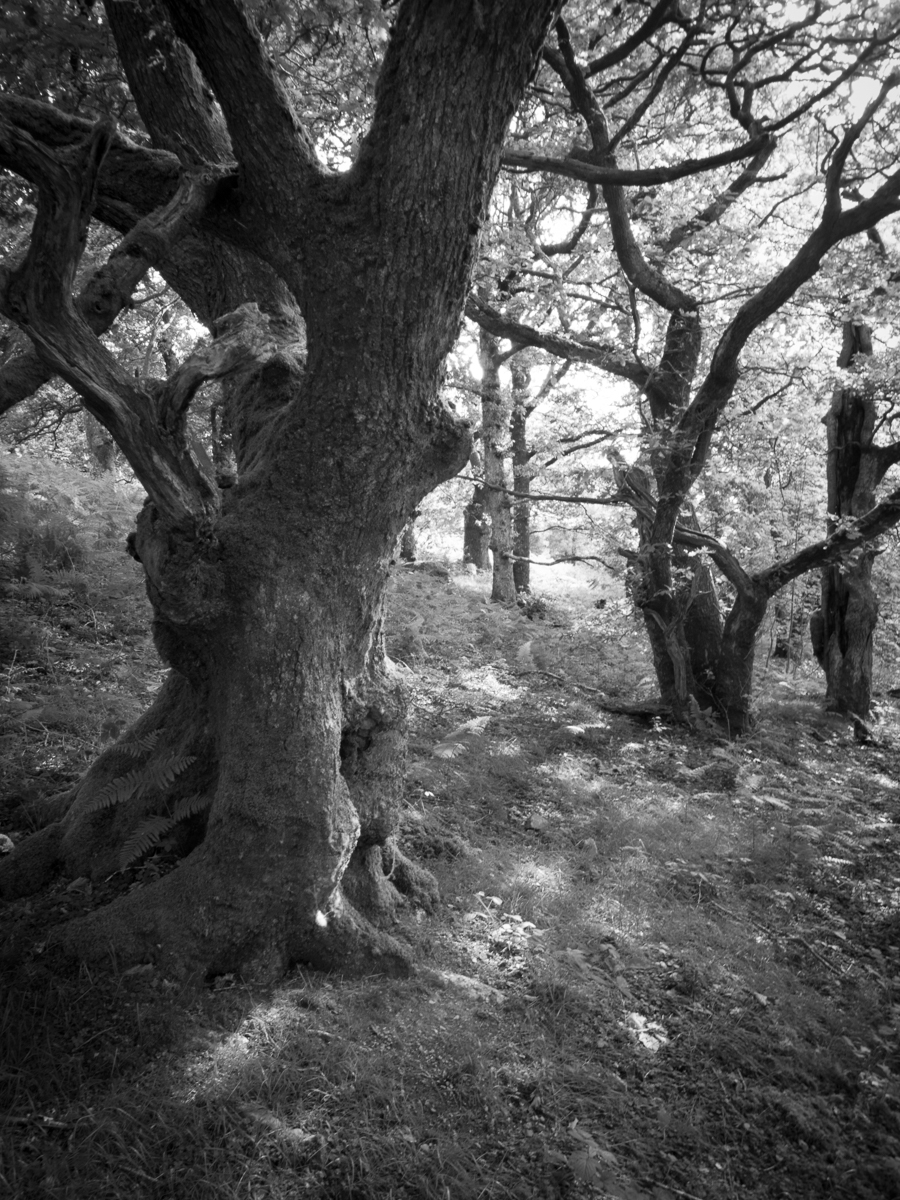 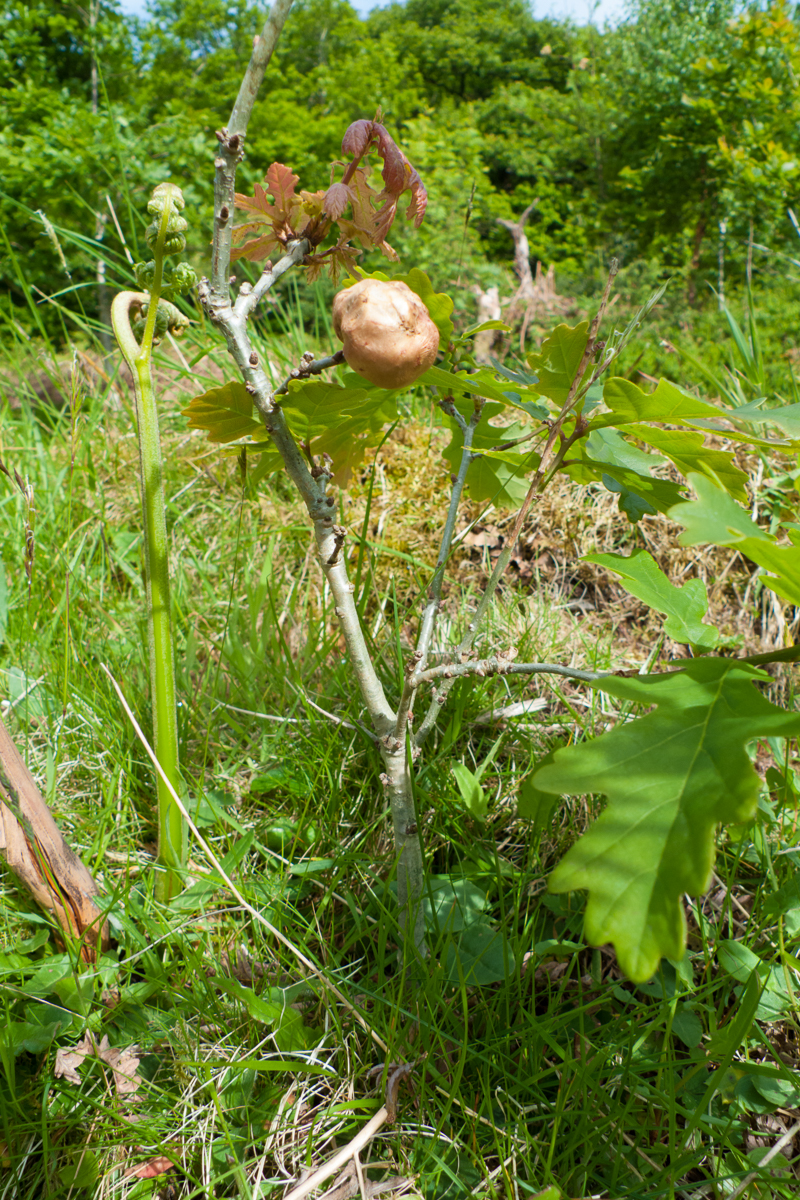 It seems strange to be writing a post like this so early in the year but the recent warm weather has got me thinking about summer. Stepping out of the door this morning, the stillness of the pre-dawn air rekindled a memory from last year—almost dreamlike in its strangeness—of walking through Tenby at 3am, a camera bag over my shoulder, the streets filled with seagulls picking at chip wrappers in the half light.

I could see myself taking on an almost nocturnal existence during the summer months, if I didn’t need to earn money. In many ways I’m not exactly enamoured of long summer days but the evenings can be magical; as too can the hour before dawn, where the landscape often takes on a subtle and characteristic radiance. There is a beauty in the lighter half of the year, but it is unfortunate that it so often falls outside of our normal waking hours. 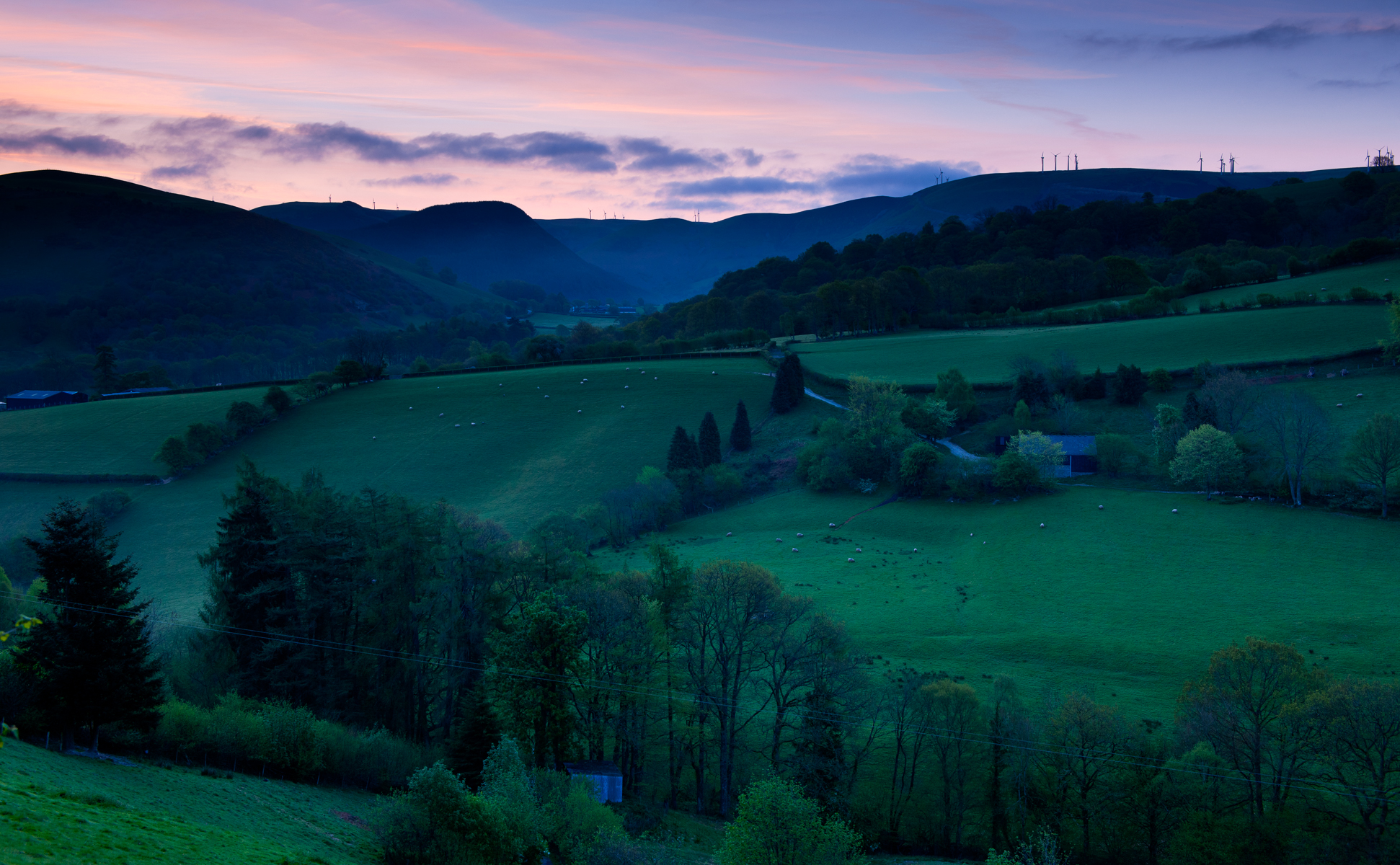