Around a month or so either side of the winter solstice, the rising sun finds its way straight up the small valley behind the village of Llanrhaeadr-ym-Mochnant. The valley itself is unremarkable, and the single track road that undulates and twists its way along the northern flanks would be little used without the secret that lies at its head.

Here, at the foot of Moel Sych, can be found the 240-foot waterfall of Pistyll Rhaeadr—often considered the highest waterfall in England and Wales, and mentioned in George Borrow’s Wild Wales.

Arriving at the car park by the stream, I take the small path that zigzags through the woods and steeply up to the moorland of Rhos y Beddau. It’s minus 4 degrees and the path has frozen into thick black ice—not really what I was hoping for when I’m weighed down with camera gear. I always forget how steep it is as well.

Further up and the track levels out, with a path leading down into the trees. A short distance later and the view opens out at the top of the waterfall, above a dizzying drop for anyone brave enough to take a look. From here I hope to capture the water tumbling into the valley in the early morning light.

I’m a little bit late though, the sun is already too high in the sky and the light is harsh and contrasty, making the composition a mess of highlights and deep shadows. I console myself with the fact that the atmospheric conditions wouldn’t have been quite what I was hoping for anyway. Maybe another time.

I’ve actually had this photograph in mind for a few years now but it’s a long journey for me, and it’s also extremely weather dependent. I don’t want to get too obsessed with it. 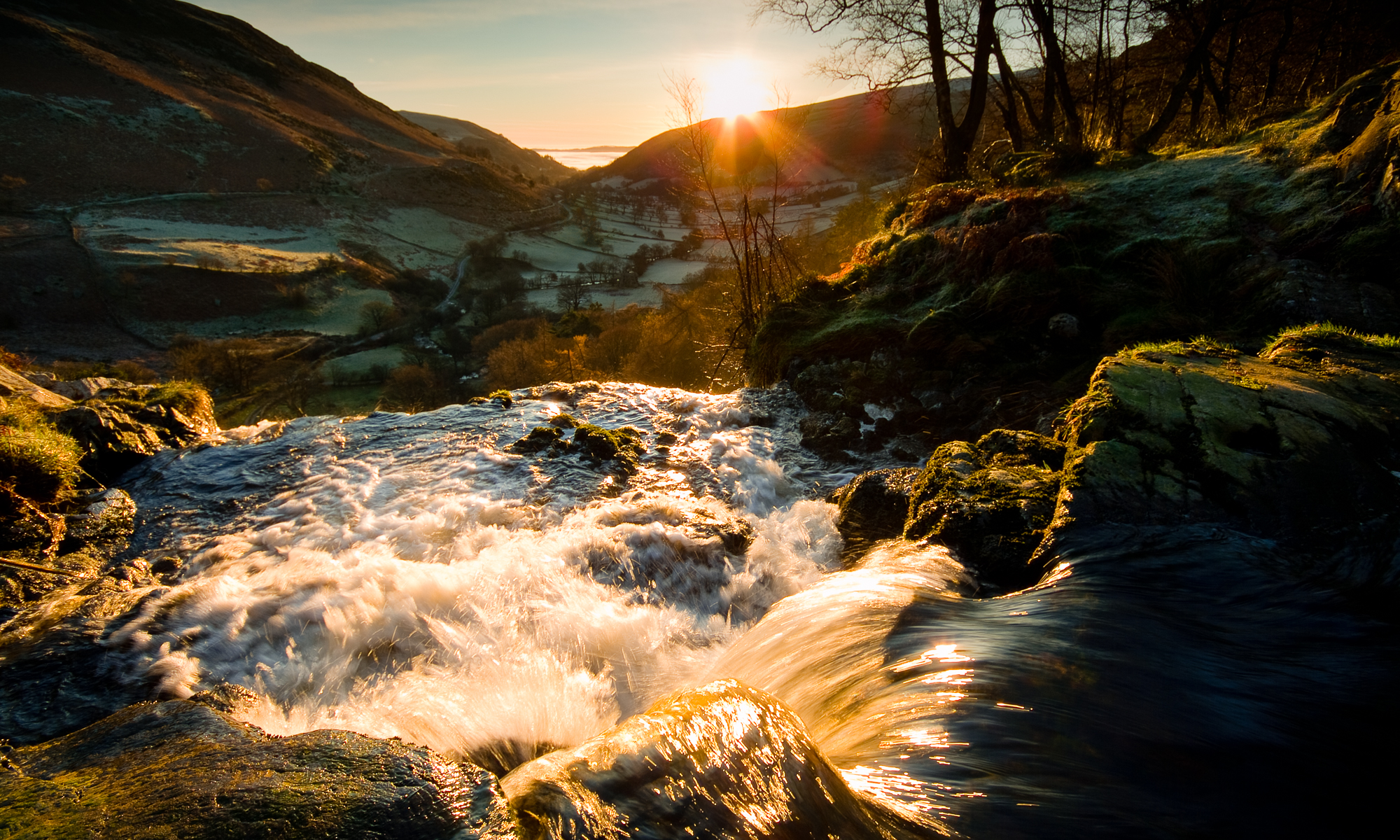